Life Out of Death

The LORD visited Sarah as he had said, and the LORD did to Sarah as he had promised. And Sarah conceived and bore Abraham a son in his old age at the time of which God had spoken to him. Abraham called the name of his son who was born to him, whom Sarah bore him, Isaac. And Abraham circumcised his son Isaac when he was eight days old, as God had commanded him. Abraham was a hundred years old when his son Isaac was born to him. And Sarah said, “God has made laughter for me; everyone who hears will laugh over me.” And she said, “Who would have said to Abraham that Sarah would nurse children? Yet I have borne him a son in his old age.” (ESV) 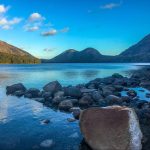